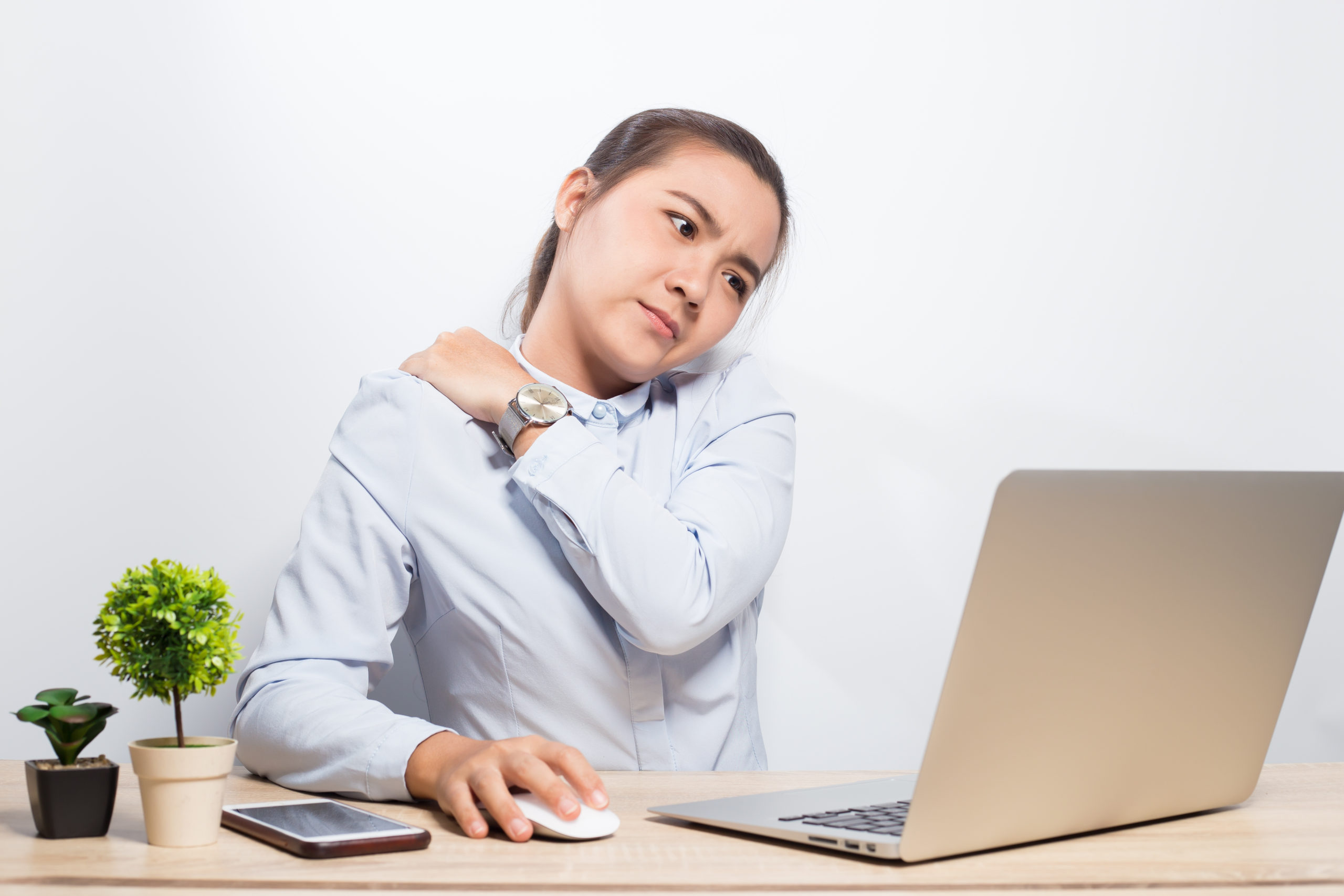 Are your staff coming to work dosed up on opioids or other pain-killers, just to be able to get through a day in the office without being in too much physical pain?  Are they too afraid to take time off to get the cause of their pain addressed?  If either of these scenarios are likely to be the case, then not only will there be an issue with staff morale and hence staff turnover, but the productivity is going to be much lower then it would be with a happy, healthy workforce.

Back and joint pain is the second biggest cause of absence from work after common colds and viruses, particularly amongst 50-64 year olds, with the next highest category off work due to mental health reasons, namely ‘stress’.

According to an article in HR Review, “an estimated three million people taking long-term sick leave or say they are unable to work due to back pain according to research from Nuffield Health, with a further 6 million people suffering ‘in silence\ that could be easily treated or avoided altogether.  Although the government celebrates the statistics of fewer people than ever before being off work due to sick leave, a new phenomenon has emerged called ‘presenteeism’ – attending work when ill and ended people are far more likely to turn up to work sick than to take time off work when they are actually well.

Sir Cary Cooper, a professor at Manchester Business School, said presenteeism was the major factor. “Sickness absence is low because presenteeism is high. Given the aftermath of the recession and with Brexit looming people are frightened to be off ill, so they show ‘face time’ when ill or feeling low or job dissatisfied. They do not want high levels of absenteeism on their HR record, which they feel will make them vulnerable.”

Presenteeim does not work for employees or employers.  For that reason, I have introduced corporate packages for foresighted employers who want to support heir staff to stay healthy or to recover quickly if they become ill or who are in physical pain.

The vast majority of people who use a computer will experience some degree of pain or discomfort in the shoulder they use to control the mouse.  When people come for acupuncture to relieve the pain, I often find that the entire upper back, neck and shoulders are tense and there is even a knock-on effect on the breathing because the back muscles are so tight the the rib cage cannot move freely!  This means that they are not fully oxygenating their brains and will have more of a propensity to be muzzy-headed and cloudy in their thinking and judgement.

With the frightening statistics of pain-killer abuse and the opioid crisis and increasing awareness of the effects of stress the Welsh Government as introduced the Wellbeing of Future Generations Act 2014 that covers several areas including health.

“In the Well-being of Future Generations Act, this goal {healthier Wales} is defined as “A society in which people’s physical and mental well-being is maximised and in which choices and behaviours that benefit future health are understood.”

If you would like to know more about Barefoot Medicine Corporate packages to help your staff cope with either physical pain such as backache or mental and emotional pain such as stress, then , please contact Simone Buehner on +44 7715 239 999.